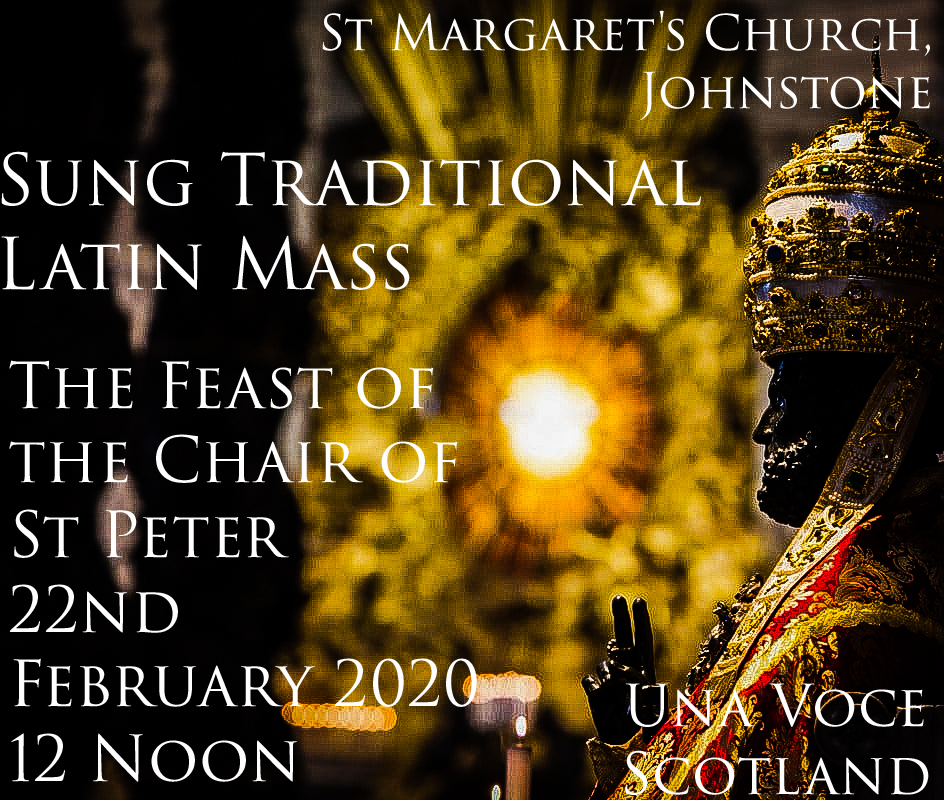 Welcome to the online home of Una Voce Scotland. We are the Scottish association of The International Una Voce Federation, which aims to foster the cultural heritage of the Latin rite of the Catholic Church.

Una Voce Scotland are committed to the unity of the Faith and the Faithful, particularly in a sound and orthdox understanding of the Holy Eucharist, and its reverent and pious reception, especially at the Traditional Latin Mass.

We promote and encourage the use of Gregorian Plainsong and polyphonic music, and support the preservation (and restoration) of Latin in the Mass and in the administration of all Rites and Sacraments as laid down in Mediator Dei and confirmed in the Constitution on the Sacred Liturgy of the Second Vatican Council.

We hope that you find our website helpful and that we will have the opportunity of meeting you at future Una Voce Scotland events.

Meet us at an upcoming event, or connect with us on facebook to find out more about us.

The Mass is a Compendium of the whole life of Christ. This is presented beautifully and clearly and in the saying of the Traditional Latin Mass.

The Traditional Latin Mass has been celebrated in a relatively unchanged form throughout nearly all of the Church’s history and it is this Mass which Father Frederick Faber once described as “the most beautiful thing this side of heaven”.

Find out more about the Traditional Latin Mass in our Introductory Post.

Why is the use of Latin important in the liturgy? Find out more here.